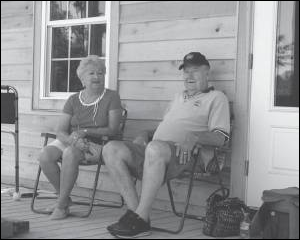 Our Roots
Joe Exline, community activist and noted educator, founded Beaverdam Heritage Days Foundation, a non-profit organization in 1996 for the purpose of broadening our understanding of history, culture, and contributions of various groups in the little village of Beaverdam, in Western Hanover County Virginia. About a dozen volunteers have been working ever since to bring local history and culture about Beaverdam to the yearly festival always held on the second Saturday in October. These volunteers have packaged this understanding with a coating of good food, games, rides, and music. This has been a one-day annual event called Beaverdam Heritage Days Festival sponsored by the Beaverdam Heritage Days Foundation (BHDF). 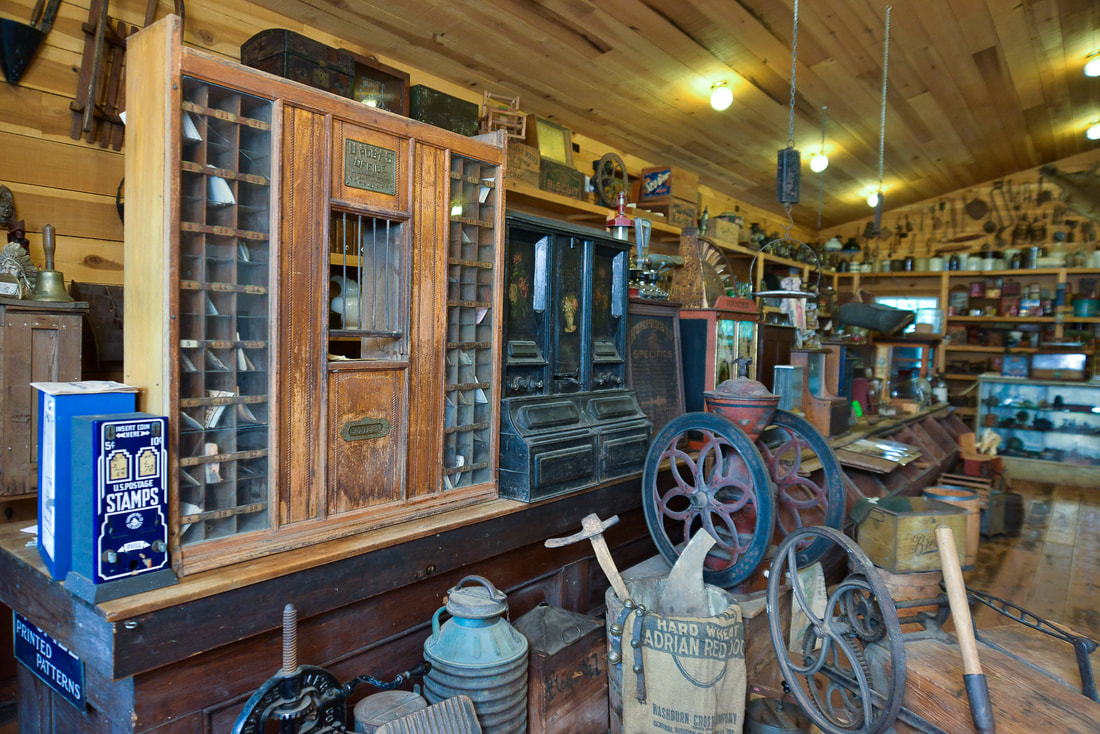 After eight years of successful events held on property provided by Mrs. Elizabeth Trainham and the Gayle Family, interest in the project grew when Retta Spencer Smith approached the Foundation about donation of her father’s collection of “Pop’s Country Store” American antiques that she had stored on her child-hood home of Edgewood Farm in Coatesville, VA. This tribute to Retta‘s father Howard Churchill Spencer became a catalyst for the Foundation. Construction of Pop’s Country Store Museum began on December 2009. The builder, W.C. Lang Jr. and crew had the building up and under roof for the October 10, 2010 Beaverdam Heritage Day Festival. 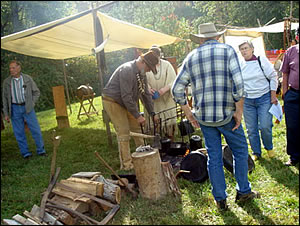 The Fairgrounds
Where to build the museum became a crucial issue. Beaverdam Heritage Days Foundation’s Vice President, Pat Coffey, through her many community contacts, was able to persuade John Thompson of Fredericksburg and his brothers, sisters, and cousins who had inherited the land that once was the site of the old country store and post office in Beaverdam to donate the land to the foundation. This property contained the cemetery of their ancestors; civil war soldier John Lewis Thompson and his wife Sarah Blanche McGhee. A visit to the John Lewis Thompson Learning Center and Pop’s Country Store Museum would not be complete without viewing of the Civil War Cemetery tucked away in the fairground. 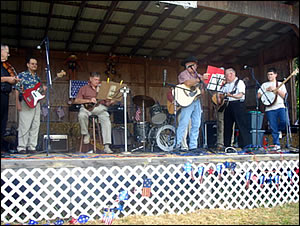 W.C Lang, gingerly relocated the Stage that was stored on the Gayle property, to the corner of the fairgrounds where it has been the center of many musical concerts through the years.